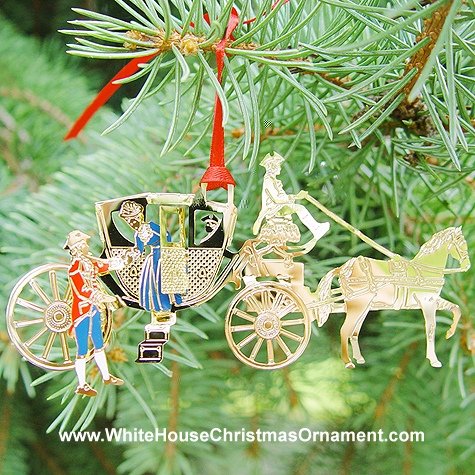 1998 Powel Coach Ornament The coach on display at Mount Vernon was owned by Mayor Samuel and Mrs. Eliza Powel. The mayor of Philadelphia, the nation's capital during Washington's presidency, and his wife often enjoyed the Washington's company. Created by the Clark Brothers, the Powel Coach had maroon and gilt-trimmed colors. This ornament is a three-dimensional rendering of that coach in 24-karat gold-finished brass with touches of red, white, and blue.