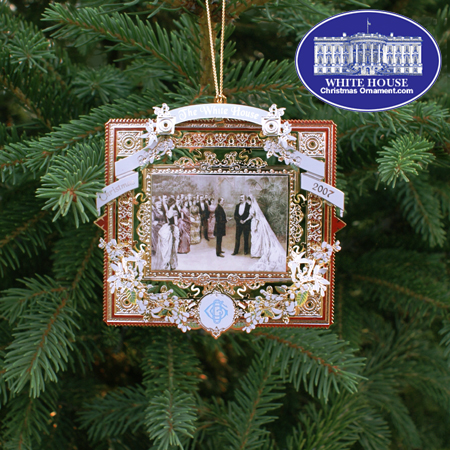 Grover Cleveland was the only Democrat elected to the Presidency in the era of Republican political domination between 1860 and 1912, after the American Civil War. His admirers praise him for his bedrock honesty, independence, integrity, and commitment to the principles of classical liberalism. As a leader of the Bourbon Democrats, he opposed imperialism, taxes, corruption, patronage, subsidies and inflationary policies.

Grover Cleveland entered the White House as a confirmed bachelor. His sister served as his First Lady. Cleveland enjoyed playing games with the press when it came to his romance, and continued to let the public wonder about his bride-to-be. He started a rumor that he was marrying Frances Folsom in New York. On June 2, 1886, at seven o'clock in the evening, Francis Folsom married President Cleveland in the Blue Room. Grover Cleveland was the second President married in office, and the only President married in the White House itself. When the wedding was over, Cleveland decided to play one final prank on the media. He sent two wedding guests into the presidential carriage, which the media followed. Cleveland and his new young bride were able to leave the White House at their leisure for their honeymoon.

The ornament also showcases themes from the Cleveland wedding album. On the front of the ornament, President Cleveland's monogram anchors a decorative border using orange blossoms from his bride's wedding gown. The back features the Frances Folsom's monogram.