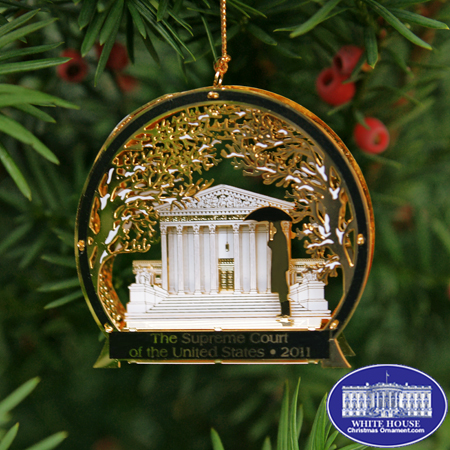 
Likely the most beautiful Supreme Court ornament released to date, the 2011 ornament is unique for several reasons: it is full 3D, plated in 24 k gold and is built with small "feet" on it so it can be used not only as a Christmas tree ornament but also it can "free-stand" on a desk, table or mantle piece.


On the bottom front of the ornament are the words "The Supreme Court of the United States 2011."