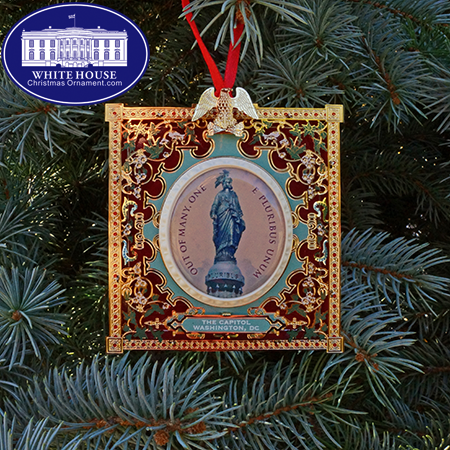 In 2004, the Senate added Arthur Vandenberg (MI) and Robert Wagner (NY) to this distinguished company. The floral design of this ornament frames a porcelain tile depicting Thomas Crawford's state of Freedom. The statue, is an allegorical figure holding a sheathed sword and laurel of victory and wearing a helmet topped with the head and feathers of an eagle.

The statue of Freedom was installed on top of the Capitol dome on December 2, 1863.