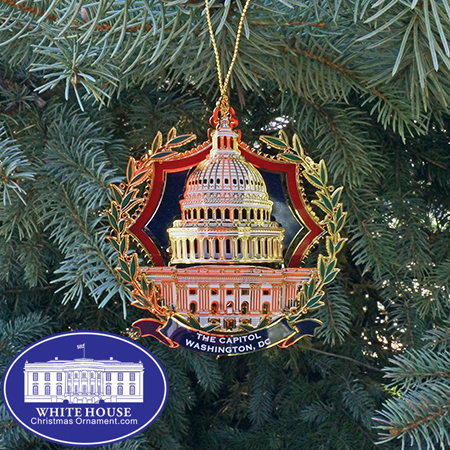 The 2015 Official Ornament of the United States Senate has been released for the general public purchase. The holiday ornament features a three-dimensional representation of the West Front of the Capitol and the dome.

The present dome was completed by Thomas U. Walter and was completed on December 2, 1863. The new dome replaced the original one, designed by Charles Bulfinch.