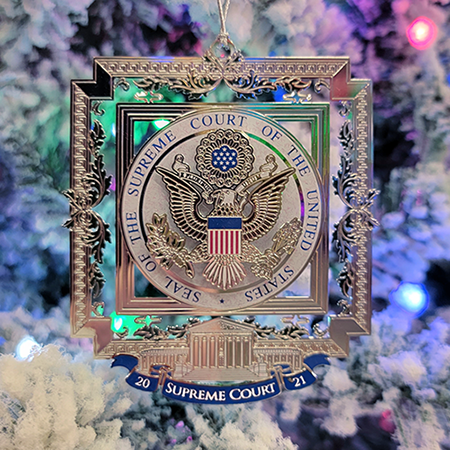 Beneath the Seal appears the Main West Entrance of Supreme Court Building located at One First Street, NE, in Washington, DC, the permanent home of the Court. Sixteen marble columns at the main west entrance support the pediment. A blue ribbon with white enameled letters are inscribed: 20 - SUPREME COURT - 21

A festive recessed frame in the background gives the lovely ornament a more dimensional appearance.

Proudly made in the USA