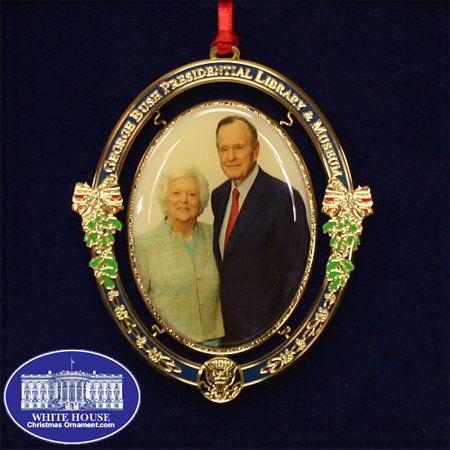 The commemorative President George Bush and First Lady Barbara Bush ornament celebrates the administration of the 41st President of the United States. During his Presidency the Berlin Wall fell in 1989 and the Soviet Union dissolved only two years later.

The 3" x 3.5" ornament features a stunning portrait of the former President and his wife and includes the Liberty Seal along with a beautiful border of enamel holly. President George H Bush's administration dates are engraved on the back of the ornament.