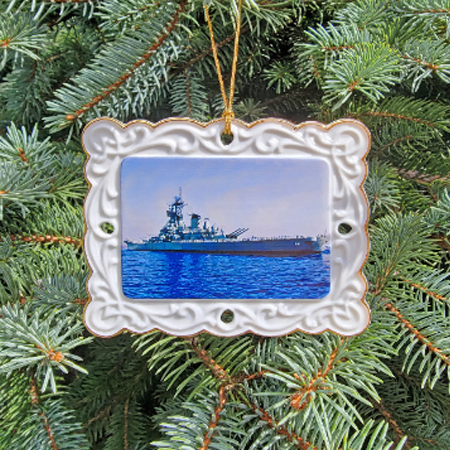 
The front features a starboard side professional rendering of the USS New Jersey (BB-62), an Iowa-class battleship using special archival ceramic inks done in the United States. She was often referred to fondly as "Big J". New Jersey earned more battle stars for combat actions than the other three completed Iowa-class battleships, and was the only United States battleship the provided gunfire support during the Vietnam War. The battleship New Jersey was also known as "The Black Dragon" in World War II, due to being painted dark blue which made it very difficult to see in the dark. The image is surrounded in fine porcelain filigree and trimmed in 24 karat gold.